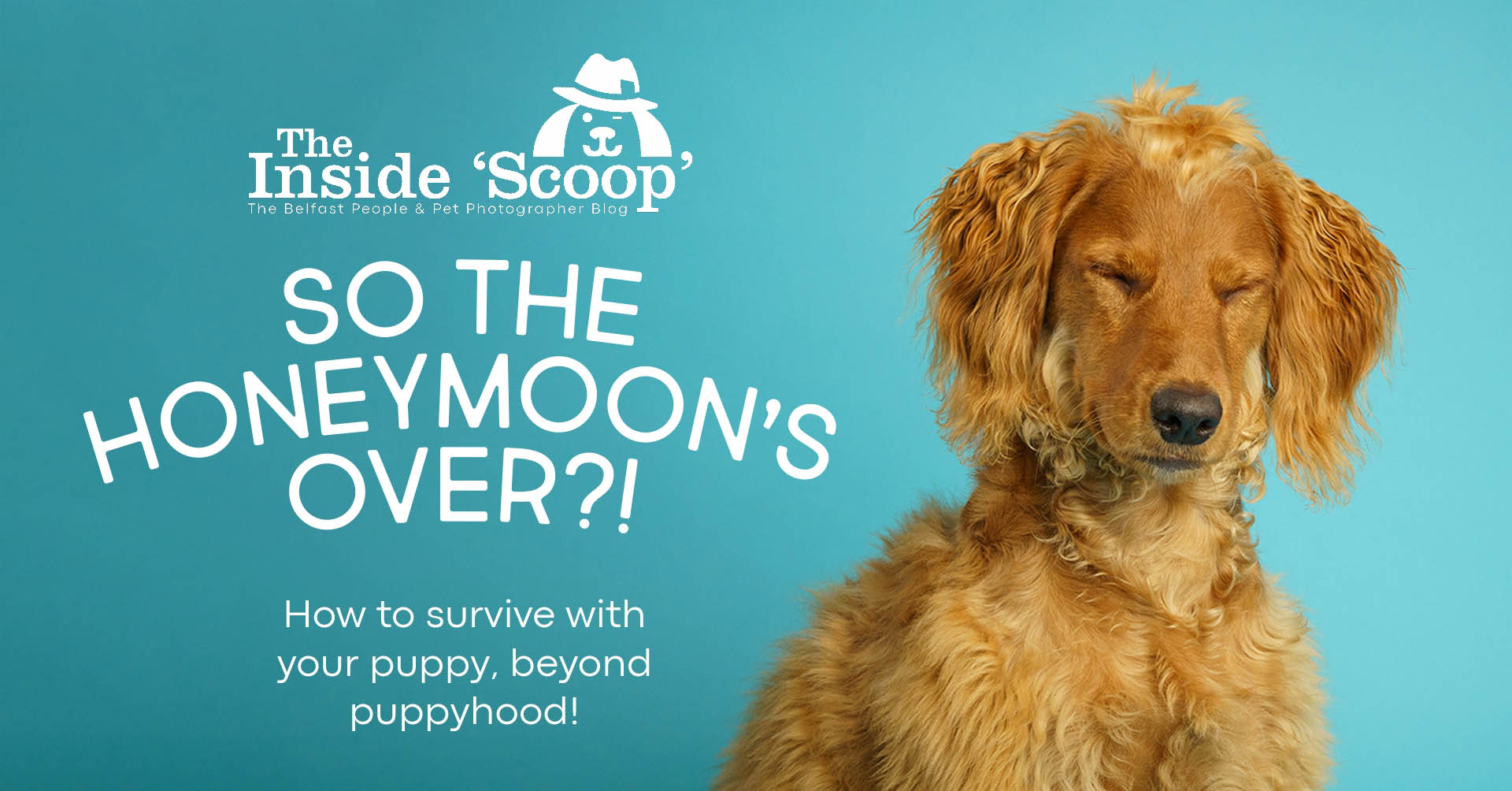 So the Honeymoon’s Over?! How to survive with your puppy beyond puppyhood

Surviving life with a new pup from a new pup owner

You have had your new pup for a while now. Maybe the shine is coming off, maybe they’re tearing your house apart… or maybe they are the best behaved boy or girl in the world? It happens every dog owner – they won’t be a tiny bundle of fluff forever and the honeymoon period comes to an end. The next step in their development is training and once training has started to kick in and maybe they have now developed a little personality? Stubbornness? Craziness? Or maybe they are as good as gold? We all know a dog is not for Christmas and they’re for life, but nobody said it was going to be easy – but it is definitely worth it! 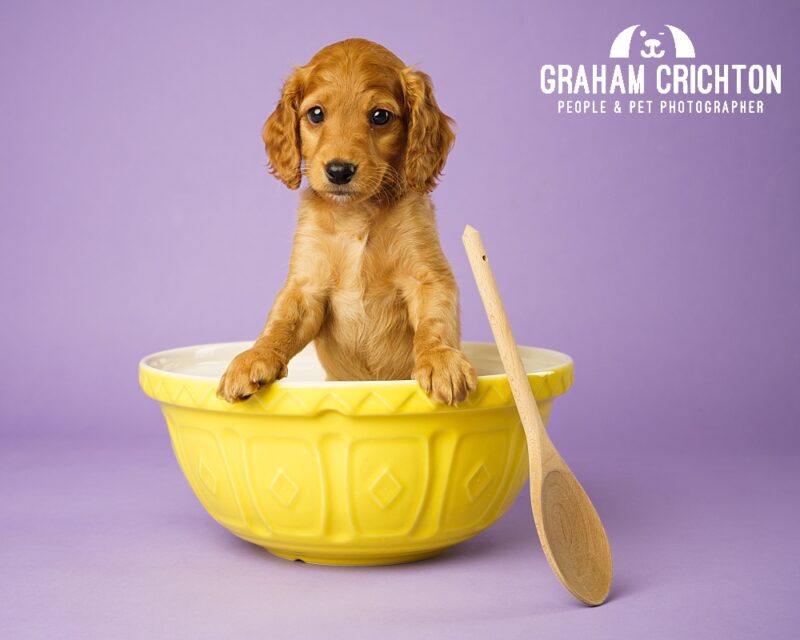 When Blu (our resident marketing dog!) was super small he was (and still is) the cutest puppy! [Graham is over my shoulder telling me that actually it is Glyn who was the cutest puppy… but we will ignore him for now!]. Blu has always been full of energy and full of love! As a smaller pup this was much less stressful and intense so yeah… the honeymoon wore off but he’s so totally worth it! 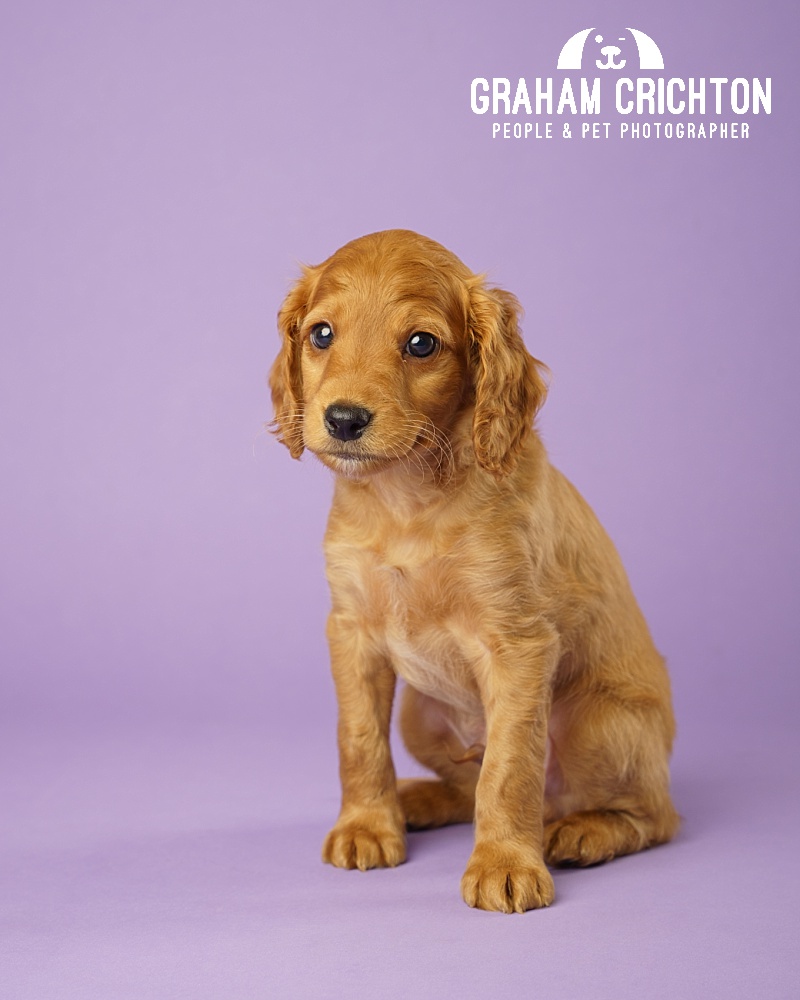 Blu is now 9 months! Oh how they grow up so fast! He is definitely an energetic boy… He loves to jump up and cuddle on the sofa and enjoy a little documentary now and again (so long as they are about cats!). He eats EVERYTHING including his toys. He loves to chew on EVERYTHING (and I MEAN EVERYTHING!). He is also partial to stealing clothes, especially socks (which he has now discovered he loves to hide). Oh well, who needs socks anyway?! 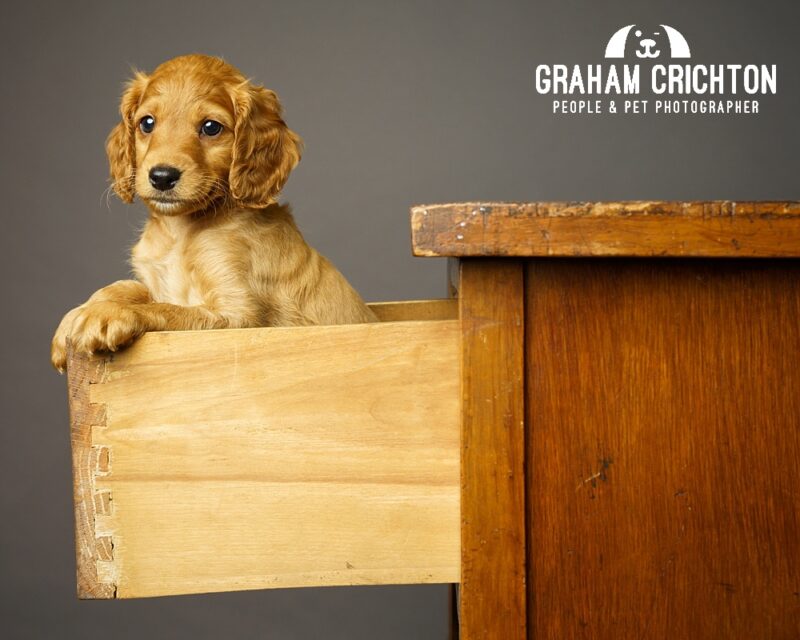 We attended puppy classes and did all the training tips and tricks but wow it is a lot and it is crazy! Training classes are great – but make sure you get a trainer who knows what they are doing. We’d recommend Joanne Doonan… She is pawsome. No amount of training though will prepare you for when they grow out of puppyhood! Here is a list of puppy tips and tricks that have just made my life a little easier! 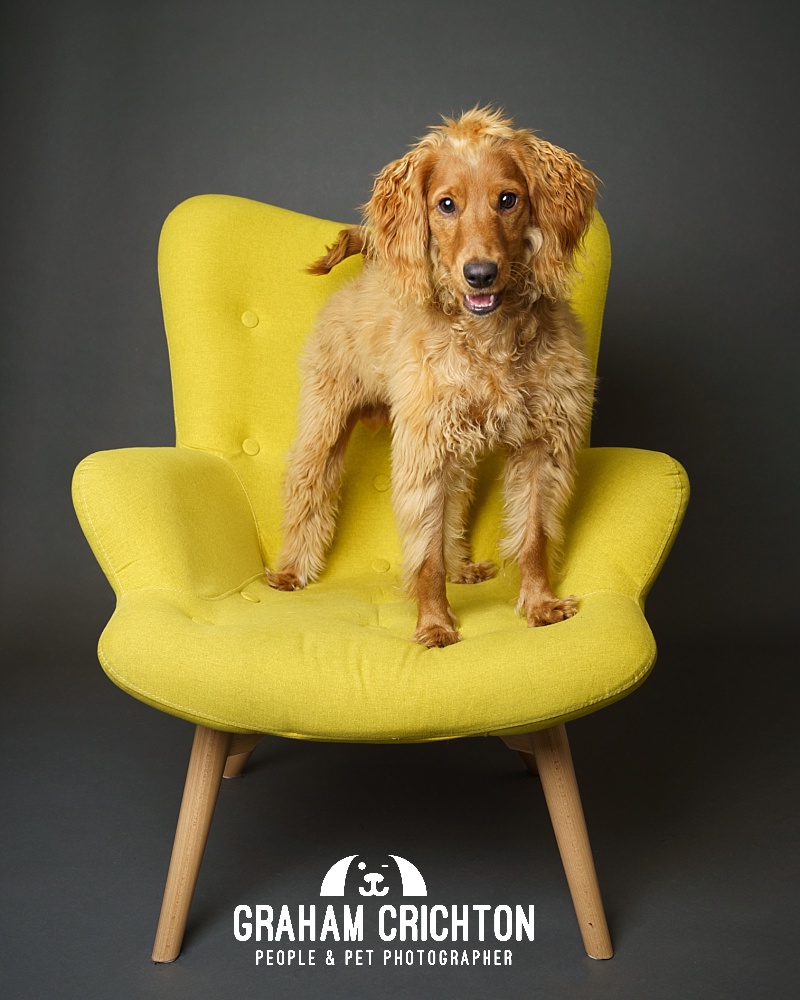 Walks can literally save you!

If your puppy is anything like mine then burning energy can make life a whole lot more bearable- big walks mean big sleeps after. We love to take him on different adventures, letting him explore and play and burn off some of that hyper puppy energy! They love to sniff, so remember to let them just get on with it – even if you’re in a hurry.

Some of Blu’s favourite walks are: 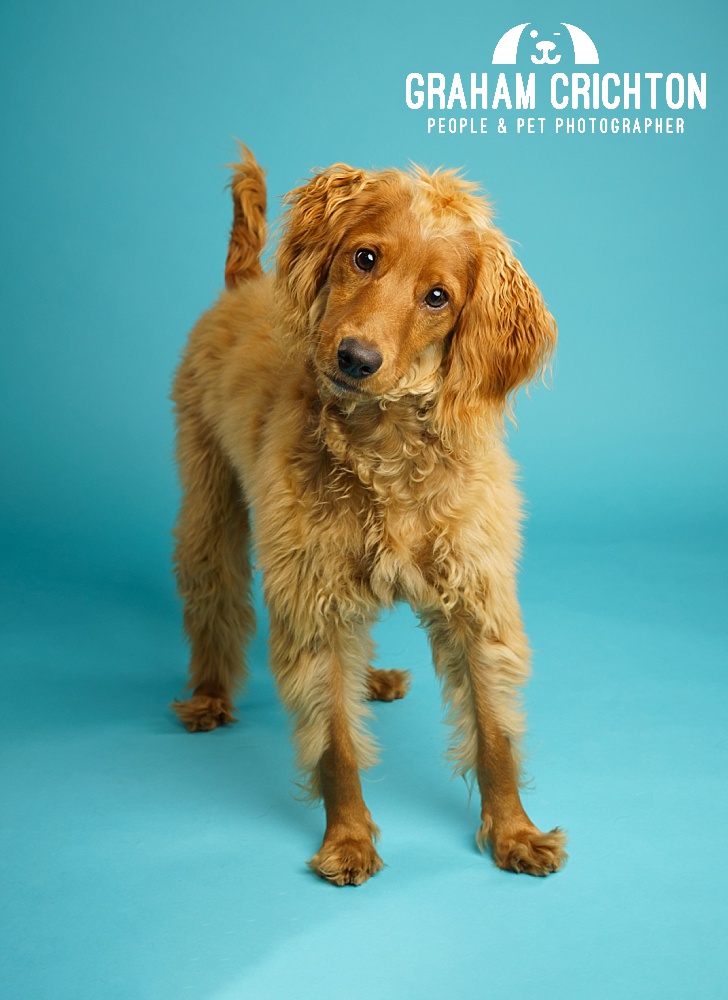 Yak Chews are the best thing to ever be invented in my personal opinion! My dog will not stay distracted for long… he is constantly on the lookout for things to dog and clothes to steal! So with the discovery of the Yak Chew we discovered a distraction! Blu can sit for hours chewing away at this thing… leaving it makes it possible to do work, have a cup of tea or even just sit and relax while he keeps himself entertained.

They’re kidding no one!

They are way smarter than they look! If you hide it they will find it… so yeah good luck with that one!

I once had a pair of socks in a bag, Blu some how found his way into the bag, took the socks and hid them behind the piano! Points for sneakiness to Blu! Just make sure they don’t hide your smelly ones! 😉 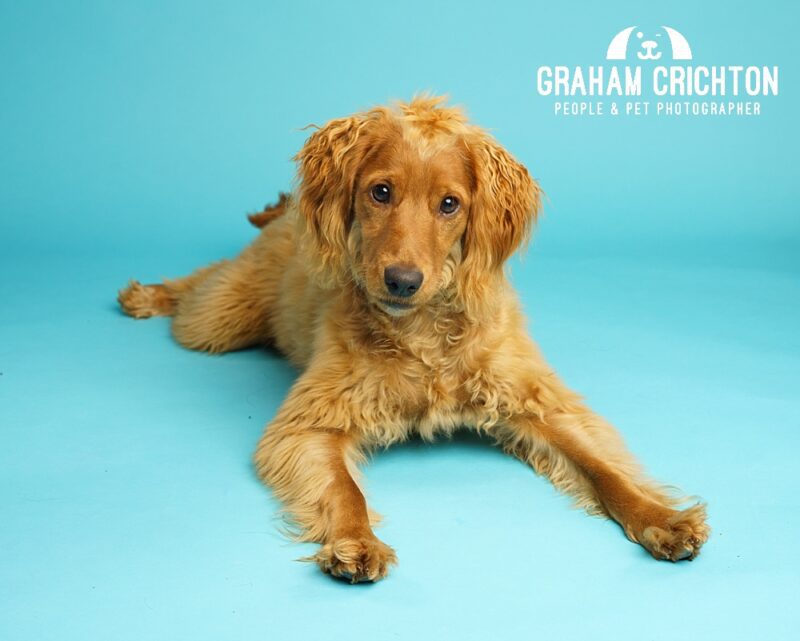 They have a more discerning palate than you think

Finding your brand of dog food! Not every dog will like every food! Blu is a fussy pup so it has taken us a few failed attempts to find a food he loves and even at that the spoilt pup loves his food heated. Let them try it and if they don’t like it move on and try another brand. Whether that is wet food, dry food or mixed, some pups are just fussy!

So the honeymoon has ended and you are now in the next step of puppyhood and all the challenges that come with it. It will be stressful. There will be times you want your house and peace back! But you can do it! These tips and tricks will help take the edge off. 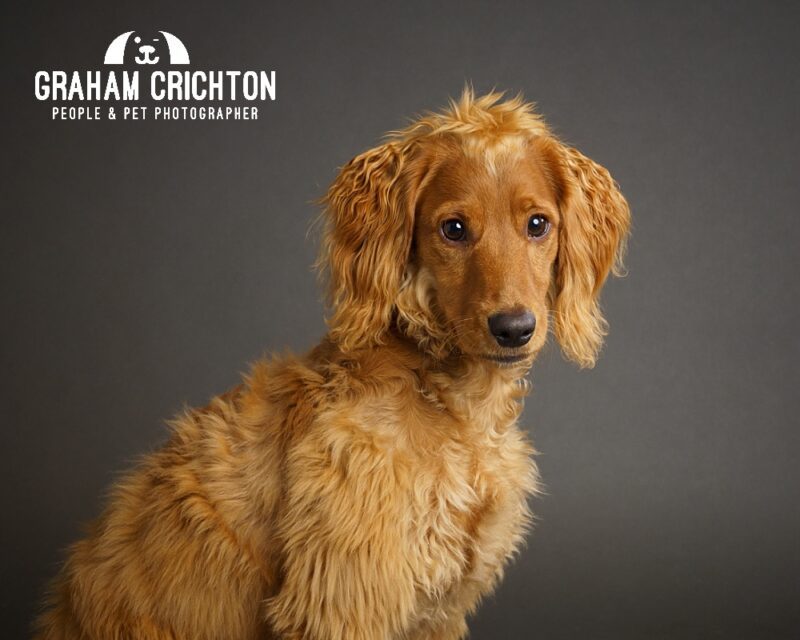 All I have left to say is take some time – build your bond with your puppy! Take them on fun adventures… play with them… take time to train them and enjoy every moment of the craziness because they are still the cutest pup about – even when they are old! You’re their human and they rely on you, but they’re your dog and you’ll rely on them. 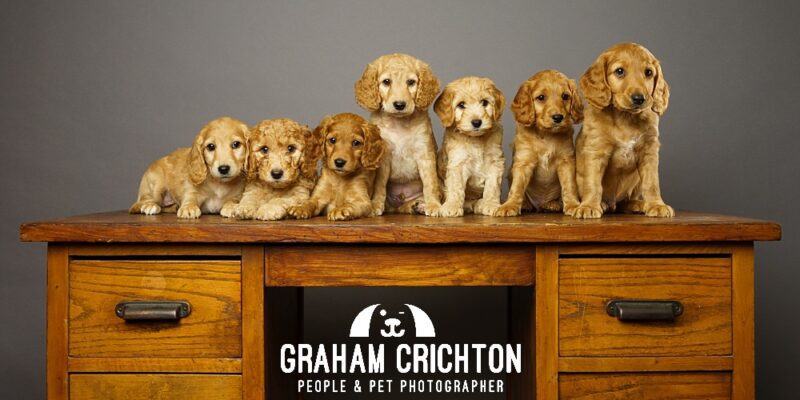 Graham Crichton is an award winning professional portrait photographer based in Belfast, Northern Ireland. With 15 years of experience and having photographed thousands of people and their pets.

Hannah Crichton is married to Graham (yay) and is the Business Manager at the studio. Hannah's expertise is in accounting and making everything run ticketyboo.